Interior design is an effervescent sector like only a few others which are in a constant process of renewal. Below we compile the trends that have marked the 2010s Interior Design during the last decade, a period especially influenced by the rise of social media

Interior Design: trends which had an impact on the last decade

We try to highlight the styles and movements that had the greatest impact on the world. In other words, those with whom a greater number of people have felt identified and whose repercussion, in some cases, continues.

It has been widely accepted not only among people who love the order, cleanliness and organization, but also among all those associated with the philosophy of the “spark joy” present in people’s objects or possessions.

Through this method, the author tries to convey the importance of having organized environments for the human being. In certain cases, this entails the fact of letting go the old things, what we do not use today, but we have saved it to use at some point in the future. This practice also combines elements of Feng Shui and inspirational coaching.

Therefore, it focuses on optimizing spaces and maintaining a permanent state of neatness. Recently a program has been launched on the Netflix platform, the Tidying Up with Marie Kondo, which attracts a large number of followers. In this program, they talk about the method as an art whose purpose is, according to the author herself, “to make people happy through cleaning”. In this way they can have a satisfied and abundant life.

This style has an effect with such magnitude between their fans that they have implemented it not only in the decoration and distribution of the elements of their homes and spaces, but also in different aspects of their professional and personal lives.

In sum, the method defends the idea that there is a direct link between cleanliness and order with happiness. Likewise, it tries to make people perceive the energy which comes from objects and, based on the sensations they transmit, be able to decide whether to continue with them or to remove them. This movement has also received its criticism; in spite of everything, as a trend it gains strength day by day.

They are a Texan couple with humble roots, although this has not stopped them to be successful and carry out very interesting initiatives, such as a home decoration line and a real estate company. In fact, they have become millionaires thanks to their good ideas. The particularities of its history like the success achieved and the priority they give to the family have made it a trend in the United States.

Initially, Joanna, the wife, started with a small store of home decoration and clothing located at the Boulevard Forest. Her husband Chip, at that time, was in the business of remodelling buildings. Well, at some point they decide to close the store to spend more time with their two children, although they continued with the home renovation business.

In any case, their luck changed when they participated in the television reality show Fixer Upper, where they helped people to buy houses at low prices and improved them according to their tastes.

The popularity they achieved favoured the transfer from his small store to a place with more space. As a result they created what is now known as Magnolia Market. This space once was an oil processing plant, but now has the purpose of inspiring people before buying.

In addition, it not only invites us to acquire decorative objects for our home, but it is an environment in which we can be distracted, share or accommodate to our liking.

In 2016, an article was published in The Cut with a shade of pink that could be seen in the places most frequented by millennials. Many experts point out that this trend began in 2014 with the launch of the film The Grand Budapest Hotel.

It has created a great debate because there is not a general consensus on the exact shade of pink to which it refers. Many agree that this shade is sophisticated and novel, and that’s the reason why it has been seen always indoors, in products from famous clothing and beauty brands, as well as in gastronomic programs and culinary recipes

Ethnic textiles. The Suzani ones were created by the nomadic tribes of Central Asia. They are made with cotton, silk or linen fabrics that are embroidered with silk thread. In her designs you can see different patterns, such as flowers or other plant species, and symbols of life and fertility.

The backgrounds, mainly, have a natural or red colour. Also, brown and aubergine colours predominate in their fabrics. All finishes look shiny. This type of embroidery, in the past, was done manually and requires a lot of effort. However, there are some industrial designs that use natural tones and achieve a great chromatic richness.

On the other hand, Ikat ones are widely used in clothing, pillows, cushions, pillowcases, rugs, tablecloths, and napkins. At the same time, this type of pattern has expanded to other surfaces. Its creation supposes the application of a traditional and ancient technique.

The origins of this practice are unknown, but lot of people thinks that they have been developed in unison in different parts of the world. Tissues have been found in South America, Afghanistan and Indonesia and they date back to 500 BC. Currently, in the south of this last region, they continue manufacturing Ikat of silk.

Both the Suzani and the Ikat have been part of the most outstanding decoration trends of this 2010s Interior Design, and it is possible to find them in carpets, pillows or wall papers. Also we can see it in other decorative objects from their distributors.

The Hygge style, of Danish origin, starts from the idea that people can find harmony, inner peace and full well-being in simple environments which are full of calm, made up of small details that are capable of providing moments of gratitude and pleasure. In addition, another aspect that distinguishes it is based on the ability of people to appreciate multiple facets of reality.

This lifestyle bets on relaxation and peace as a means of achieving personal happiness. To achieve this state, it uses warm and pleasant moments at home.

Therefore, it is essential to properly prepare the environments, as they contribute to provide that pleasant and diaphanous experience. “Accessory” aspects such as music, aromas and candles are prioritized to enjoy this illuminating relaxation.

It is a trend that marked a specific type of photography. People uploaded zenithal photos to Instagram which were led by their shoes whose backgrounds, in many cases, were beautiful mosaics or elegant tiles, as well as extraordinary natural stones.

If this movement made something clear, it is that for millennials there were other surfaces that deserved attention, as well as eternal marble, a material that was imposed for thousands of years to cover the floors of numerous civilizations. This trend involved a large number of followers on Instagram and there were proposals for all tastes.

In the first place, the platform was not very well received by some editors who were the most concerned with its creation. Also, some decorators calified it as simplistic.

However, the truth is that for many professionals of design, wedding designers and bloggers it was very convenient because they knew how to value the positive part of it since its origin.

In this way, Pinterest  has positioned itself in the heart of its users, as they can create and manage collections of images and place them on personalized boards.

In turn, it also offers us the possibility of sharing images, either from our private collections or those that have been posted by other users. This process is commonly known as “pin”. And we can follow the topics that interest us and comment on the posts that are attractive for us.

The purpose of the site is to keep users connected through topics that interest them. Its name comes from the union of the words pin and interest. Precisely, this platform tries to simulate the placement of photos on a mural hanged by pins.

In addition, we can upload videos and infographics and share them. In general, it allows us to share and have access to different multimedia files according to our tastes and preferences.

The images available on this network related to a particular topic promote an increase its interaction and exchange between lovers of this topic. Each interested party can complement the available information of each subject, by sharing related images or another type of content that add value.

The old brand Restoration Hardware (RH) managed a store with the same name. At the beginning, it was used to sale cheap products, but gradually it moved to a market for exclusive objects. After six years, it changed its name.

For many experts, during this stage that we are analyzing, this is one of the most renowned brands of household goods, as it offers support to guide the planning of their purchases.

This is our review of the concepts that have most influenced 2010s Interior Design, a repository of ideas and styles that formed or are part of the trends in this sector or other areas that are not necessarily related to any economic activity. 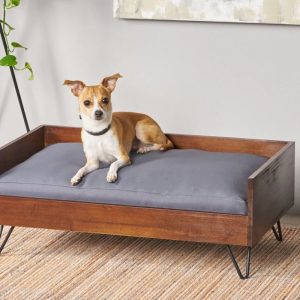 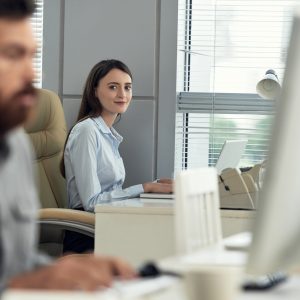 How COVID-19 will impact the Interior Design sector 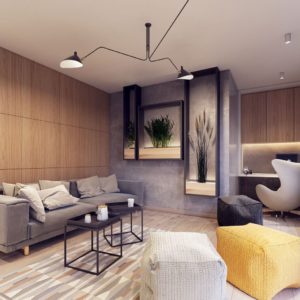