3D printing is a specialty with a lot of potential when applied to other fields, such as architecture.

The future of 3D printing in architecture

—    How it will affect the sector

3D printing technology applied to architecture offers many possibilities. It allows to present the designs in a more attractive way, as well as to develop the associated components. On the one hand, the custom-made models facilitate the presentation. And on the other hand, small series production of special components becomes affordable. The process can be profitably leveraged in the design phase and in prototyping. Also, it facilitates the review of concepts without incurring additional costs.

In 2013, an architect announced the first use of a 3D printed component in a building. In collaboration with the construction company Skanska, Adrian Priestman designed a casing tube manufactured using 3D printing processes. It was tested for 2,000 hours under wind load and extreme weather conditions. Ultimately, it was approved for use in construction. Although, today, it is more of a decorative accessory, this development shows that new construction forms and techniques are already being used in the sector at this relatively early stage.

A better-known example from more recent times is the 3M’s LifeLab Pavilion at the 2015 SXSW Festival, which consisted of over 1,200 pipe sections that were built in 3D. As the cost of 3D printing decreases and the precision that can be achieved increases, more and more applications of this type will gain ground in construction.

Many architects say that their professional interest was sparked by playing with Lego building blocks. The Lego principle can also be used very effectively to present variable designs.

The idea is simple: each design option is prepared as a 3D component and given a connecting piece (for example, a cross base). The different variants of the general model can be visualized in an equally simple way, as happens by putting Lego blocks together. Also, various components can be easily connected to the basic model. The result is an animated presentation that “you can touch.”

One drawback of laser-cut patterns or CNC-produced patterns is the limitation of the color palette for the available materials. Many architects solve this problem with additional processing steps that cost time and money. With 3D printing, an almost unlimited number of colors can be applied to each individual component. These different colors are often used on architectural models to identify the function of components or to highlight special properties.

In the near future, when 3D printers can produce parts made up of different materials, architectural models could look like scaled-down original structures.

Recently, 3D printing has also been used, increasingly on a larger scale, in home construction. Printing with sandblasting and other unconventional, mass-available materials means a huge expansion of the potential uses of the process. Such construction methods, if they are more widely established, they open up new possibilities for economic construction throughout the world.

Since components printed in this way can be plastically formed, additional components can be integrated directly into the walls to make the available space efficient and easy to use. As the link between the new materials and the efficient use of space, the process could promote a fundamental change in relation to the efficiency of the building.

The future of 3D printing in architecture

As 3D printing is applied to architecture, more and more practical use cases will appear. Although complete buildings, printed with different materials, are conceivable, in the near future they will mainly be individual connection elements and components in small series that can be used to create new designs. In fact, 3D printing processes already have a significant influence on architecture.

How will 3D printing affect the sector?

Architecture is just one of the sectors where 3D printing will change everything. While the press focuses on large-format 3D printing, such as office buildings in Dubai, many smaller and simpler changes within architecture firms make design processes easier and allow for more detailed design presentations.

3D printing makes it possible to quickly and easily produce the complex forms of modern architecture. For example, visual models can be iteratively refined before they are actually built. This is how additive technology helps architectural firms make their presentations more visually impressive than ever. Companies that already rely on 3D printing today will also be able to use additive manufacturing more agilely in the future and on a larger scale.

In recent decades, architecture has slowly abandoned the idea of exclusively square shapes in favor of efficient construction.
Looking back to the 19th century, grand architecture was defined by a primary focus on aesthetics. The result was beautiful buildings that paid little attention to everyday usability.

In the 20th century, however, the pendulum has swung away from decoration and almost entirely toward functionality. The result was a city full of squares. Postmodernism attempted to combine decorative architecture with modern materials. But the resulting “brutalism” was a far cry from the elegance of pre-World War I architecture, as Walter Gropius, one of the leaders of the Bauhaus movement afirmed: Our guiding principle was that design is not an intellectual or material, but simply an integral part of the fabric of life in a civilized society.

As early as the 1980s, a multidisciplinary approach to architecture was introduced. The influence of sustainability and attention to human needs has led to a much more holistic and humane approach to new buildings. It is now widely accepted that smooth organic forms have a long-term economic impact on construction. This was made possible by a breakthrough in software, which simplified modelling and design within buildings through automated analysis.

For architects who have to deliver their projects within budget, the question now arises like how this complexity can be done vividly, without a screen. That is, in a visible and tangible way.

In past decades, calculations for architecture were done by hand. An architecture that moved away from fluid forms and was made using “stable squares” was the logical consequence. Now that computers automatically model and test structural stability, this obstacle is increasingly disappearing. The current obstacle is usually the conviction of builders to trust organic design. Many architects use techniques such as laser cutting or CNC milling for this.

In 2010, when 3D printing became available, many architecture offices immediately recognized the potential of making their models using this technique. The studio prints models directly on site or uses a 3D printing service provider. This allows amazing precision in the forms to be created, regardless of the complexity of the models. And it is that 3D printing allows a high level of detail without compromising time or budget.

Architectural models can be 3D printed almost directly from CAD software because both work with the same basic geometric shapes as a starting point. This means that unlike other modelling methods, such as laser cutting, a 3D printed architectural model is easier to implement. Simply export from the CAD system and print instead of opening a new design project.

Working on the same geometry already eliminates a significant amount of work. But more developed software will make these processes even easier for users.

They can easily optimize your design for 3D printing, for example, in order to get an ideal result. Or they can access a wide variety of 3D printing service providers through online platforms without the need for additional staff or machines.

With interactions in industry-standard software like Revit and Rhino, architects don’t even have to leave their design environment on their PC to create models for 3D printing. For the average architecture firm, this represents a huge leap forward in the speed and quality at which ideas can be brought to life.

The modeling process for 3D printing presents its particularities. The 3D model that will then be printed on a 3D printer is different from the 3D model that was developed for casting or milling. This is due to the technical characteristics of additive printing, in which you have to make the most of or adapt to printing errors.

The development of a 3D model begins with the creation of a sketch. It can be a drawing on paper, a material prototype, a mental image, etc.

In short, 3D printing applied to architecture increases the flexibility of the design and construction processes.

Let's talk about your project

We are experts in 3D Modeling. We help you shape construction resources and prototypes. If you want to know more about our 3D Modelling Service for Architecture, contact us.

We are experts in 3D Modeling. We help you shape construction resources and prototypes. If you want to know more about our 3D Modelling Service for Architecture, contact us.

Glancing EYE Co. is committed to protecting and respecting your privacy. We will only use your personal information to administer your account and provide the products and services you have requested from us. From time to time, we would like to contact you to inform you about our products and services, as well as other content that may be of interest to you. Privacy Policy.

Glancing EYE Co. is committed to protecting and respecting your privacy. We will only use your personal information to administer your account and provide the products and services you have requested from us. From time to time, we would like to contact you to inform you about our products and services, as well as other content that may be of interest to you. Privacy Policy. 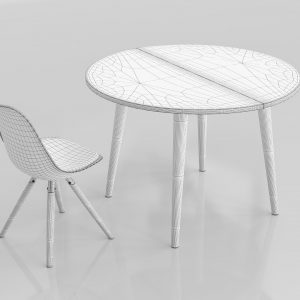 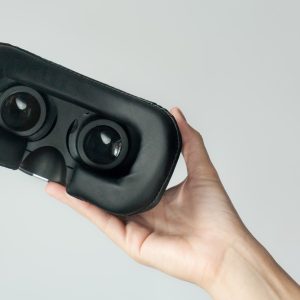 Virtual Reality: The Future of Marketing 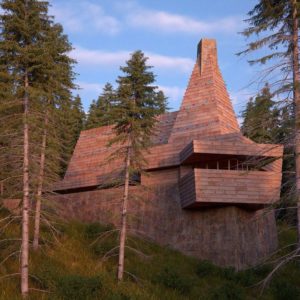 Bringing Back Architecture through 3D Design