Sometimes a well-modelled 3D object looks unconvincing or flat, due to a poor implementation of 3D lighting. Conversely, a correct selection of lighting techniques can significantly improve the value of the computer-generated scene. Apart from its transformative value, it is the starting point to highlight the role of the elements that define any virtual environment.

At the most basic level, it is a way of making objects visible, but it also allows us to alter the mood of a piece and establish its relevance, as well as subtly manipulating the viewer to look where we want. It is also a way to transcend the 3D field, providing the warmth of an oil painting or the realistic feel of a photograph.

3D Lighting in modelling has a similarity between lighting in photography or cinematography. The artist establishes a combination of light sources to draw attention to a special part of the stage, or to represent the natural properties of the scene, such as the hours of the day. The role of lighting can be even more important when it is applied for commercial purposes. Furthermore, it can highlight different details of the objects that are relevant to establish a competitive advantage against other proposals of the competition.

The configuration of lights that we see around us in the real world is, in fact, a complex combination of ambient light together with different additional light sources. A large part of the light that we see every day is the actual light of a distant fiery star that illuminates our sky and bounces countless times off in our environment.

Thus, transferring these values to a 3D scene is not easy without carrying out a previous observation exercise. And it’s harder for people who do not have a deep knowledge of the lighting techniques available in most 3D software packages. The set of 3D lighting tools to be used in each case is often predetermined by the type of scene you are working on. For example, some techniques work well indoors and make little sense outdoors.

Next, we review the most outstanding lighting techniques.

A directional light, also known as infinity light, is ideal for simulating light from the sun or the moon because it creates light which travels in parallel rays, like a distant light source. This source affects the polygons of the scene with the same intensity. By its nature, it is opposed to omni-directional light.

The point light, also known as omni light, emits light from a single point in all directions. It is often used to create fill light because it is not of a specific shape or size. The closer the object is to the light source, the brighter it will appear. A light bulb is an example of point light in the real world.

Area light emits light from a specific surface with a specific shape and size; such as a window, fluorescent lamp, or backlit panel. In other words, an area light is a physical-based light that directly emits rays from within a certain boundary with the goal of creating soft, realistic shadows. These properties make this type of 3D lighting a popular choice in 3D product modelling or architectural visualization. Area lights have a general direction, but they do not emit parallel rays like directional light.

A spotlight produces a cone of light in only one direction. The light is more intense the closer it is to the source and the centre of the cone. The 3D artist can control the angle of the cone, determine the size of the light, or smooth the outer edge of the cone to create different appearances. A flashlight is an obvious example of spotlights in the real world.

All these techniques can be combined to achieve different light schemes. For example, in a three-light scheme, a main light is articulated, more intense than the others, pointing at the object from above. The second light can help to amplify or limit the shadows caused by the main light. And the third can be used to regulate the setting of the background. 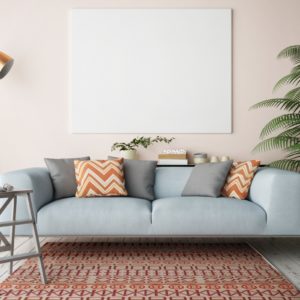 How to Create your Cozy Home